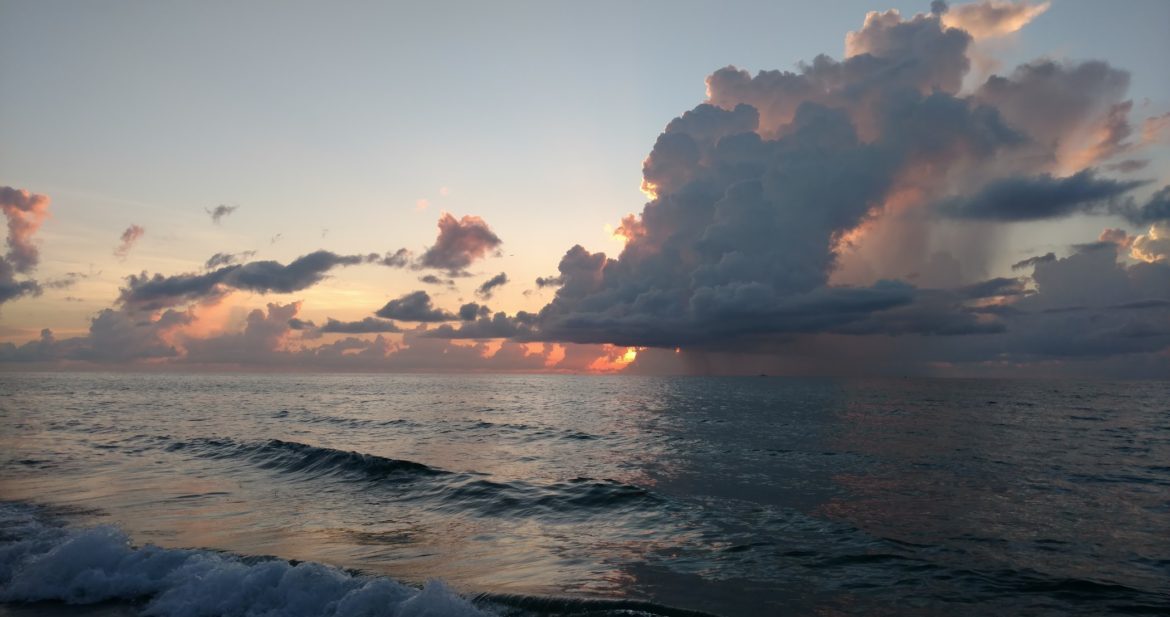 My Mom sent me a thrice-forwarded email today that boasts 5 important life lessons.

Often when I get these type of emails I might shrug them off, or willy-nilly delete them without even looking at them because ‘I’m too busy for that stuff’. Ever feel that way? Now, looking at it from afar, it feels pretty closed off, doesn’t it?

Well this email grabbed my attention for some reason. And when these things happen it usually means the universe is telling me to pay attention. Perhaps there was a lesson I needed to learn? Or maybe there was going to be clue in there, something that will lead me to a new discovery, a new thought or future work?

I opened the email.

The cliff notes from the five lessons are:

You can see the full email below (completely unedited), and I do recommend taking just the few minutes it takes to read through it. All fairy common sense, as these things usually are. But do you want to know what I really learned? Keep reading to find out…

I had a long few days of physically and mentally demanding work these past few weeks. It all came to a head on Sunday morning when a bottle of kefir (more to come on this in the next email) exploded in my kitchen sending glass shards of all sizes everywhere – two hours before 20 people were about to walk in the door for a yoga and brunch event. Along with the cleanup process that took me over an entire hour, I had to throw away all the food on my counter that I had started to prep and start over. Thankfully dessert was safe in the fridge!

Me going to the store wasn’t an option, not with the clean up ahead of me. I immediately looked up how fast our local grocery delivery could deliver– it wasn’t fast enough. With tears welling up in my eyes I called a friend and asked for a huge favor:

“I know it’s Sunday morning, but could you drop what you are doing (i.e. get out of bed), get in your car
and go to the grocery store for me….right now??”

I swear she was at my door in mere minutes with fresh vegetables and a smile on her face. The Yoga and Brunch Rooftop event went off without a hitch, the food was wonderful and it was a glorious day all around.

So what does this all have to do with the 5 Important Life Lessons? As I read that email, I thought about those life lessons, and initially I tried to think about when I’ve lived up to each of those.
That’s when it hit me; how lucky I was that I had someone in my life who helped me in my time of need.

That is the lesson, to just be there for each other and be grateful for (acknowledge) when others are there for you. It’s not about how big or small our acts are, just that we show up.

I dedicate this post to my friend Teresa. Thank you for being there, I’m lucky to have call you my friend!
And thanks Mom for sending me that email that reminded me how lucky I am. Keep ‘um coming.

P.S.
You can see the full email below (completely unedited), and I do recommend taking just the few minutesmindful tree_copy it takes to read through it.

Notice that at the bottom of this email it says you have a choice to either delete it or forward it. I would suggest that you have a third, better choice than either of those. A choice to actually live by these lessons and acknowledge when others do too. Strive to make each day better than the last and know that it all comes back around in it’s own way.

1 – First Important Lesson – Cleaning Lady.
During my second month of college, our professor
Gave us a pop quiz. I was a conscientious student
And had breezed through the questions until I read
The last one:

“What is the first name of the woman who cleans the school?”
Surely this was some kind of joke. I had seen the
Cleaning woman several times. She was tall,
Dark-haired and in her 50’s, but how would I know her name?
I handed in my paper, leaving the last question
Blank. Just before class ended, one student asked if
The last question would count toward our quiz grade.
“Absolutely, ” said the professor.. “In your careers,
You will meet many people. All are significant.. They
Deserve your attention and care, even if all you do
Is smile and say “hello..”
I’ve never forgotten that lesson.. I also learned her
Name was Dorothy.

2. – Second Important Lesson – Pickup in the Rain
One night, at 11:30 p.m., an older African American
Woman was standing on the side of an Alabama highway
Trying to endure a lashing rain storm. Her car had
Broken down and she desperately needed a ride.
Soaking wet, she decided to flag down the next car.
A young white man stopped to help her, generally
Unheard of in those conflict-filled 1960’s. The man
Took her to safety, helped her get assistance and
Put her into a taxicab.
She seemed to be in a big hurry, but wrote down his
Address and thanked him. Seven days went by and a
Knock came on the man’s door. To his surprise, a
Giant console colour TV was delivered to his home. A
Special note was attached.
It read:
“Thank you so much for assisting me on the highway
The other night. The rain drenched not only my
Clothes, but also my spirits. Then you came along.
Because of you, I was able to make it to my dying
Husband’s’ bedside just before he passed away… God
Bless you for helping me and unselfishly serving
Others.”
Sincerely,
Mrs. Nat King Cole.

In the days when an ice cream sundae cost much less,
A 10-year-old boy entered a hotel coffee shop and
Sat at a table. A waitress put a glass of water in
Front of him.
“How much is an ice cream sundae?” he asked.
“Fifty cents,” replied the waitress.

The little boy pulled his hand out of his pocket and
Studied the coins in it. “Well, how much is a plain dish
Of ice cream?” he inquired.

By now more people were waiting for a table and the
Waitress was growing impatient..
“Thirty-five cents,” she brusquely replied.
The little boy again counted his coins.
“I’ll have the plain ice cream,” he said
The waitress brought the ice cream, put the bill on
The table and walked away The boy finished the ice
Cream, paid the cashier and left. When the waitress
Came back, she began to cry as she wiped down
The Table. There, placed neatly beside the empty dish,
Were two nickels and five pennies..
You see, he couldn’t have the sundae, because he had
To have enough left to leave her a tip.

4 – Fourth Important Lesson. – The obstacle in Our Path.

In ancient times, a King had a boulder placed on a
Roadway. Then he hid himself and watched to see if
Anyone would remove the huge rock. Some of the
King’s’ wealthiest merchants and courtiers came by
And simply walked around it.. Many loudly blamed the
King for not keeping the roads clear, but none did
Anything about getting the stone out of the way.
Then a peasant came along carrying a load of
Vegetables. Upon approaching the boulder, the
peasant laid down his burden and tried to move the
stone to the side of the road. After much pushing
and straining, he finally succeeded. After the
peasant picked up his load of vegetables, he noticed
a purse lying in the road where the boulder had
been. The purse contained many gold coins and a note
from the King indicating that the gold was for the
person who removed the boulder from the roadway. The
peasant learned what many of us never understand!
Every obstacle presents an opportunity to improve
our condition.

Many years ago, when I worked as a volunteer at a
hospital, I got to know a little girl named Liz who
was suffering from a rare & serious disease. Her only
chance of recovery appeared to be a blood
transfusion from her 5-year old brother, who had
miraculously survived the same disease and had
developed the antibodies needed to combat the
illness. The doctor explained the situation to her
little brother, and asked the little boy if he would
be willing to give his blood to his sister.
I saw him hesitate for only a moment before taking a
deep breath and saying, “Yes I’ll do it if it will
Save her.” As the transfusion progressed, he lay in bed
next to his sister and smiled, as we all did, seeing
the colour returning to her cheek. Then his face
grew pale and his smile faded.
He looked up at the doctor and asked with a
trembling voice, “Will I start to die right away ? ”
Being young, the little boy had misunderstood the
doctor; he thought he was going to have to give his
sister all of his blood in order to save her.

Now you have choices.

1 Delete this email, or 2. Forward it to other people .
I hope that you will choose No. 2 and remember.

Most importantly…. ”Live with no regrets, Treat people the way you want to be treated, Work like you
don’t need the money, Love like you’ve never been hurt, and Dance like you do when nobody’s watching”

NOW more than ever – Please… Pass It On…
You never know how or when you’ll be paid!
I feel I was paid the moment I hit send.

Remembering how far you've come can be ...