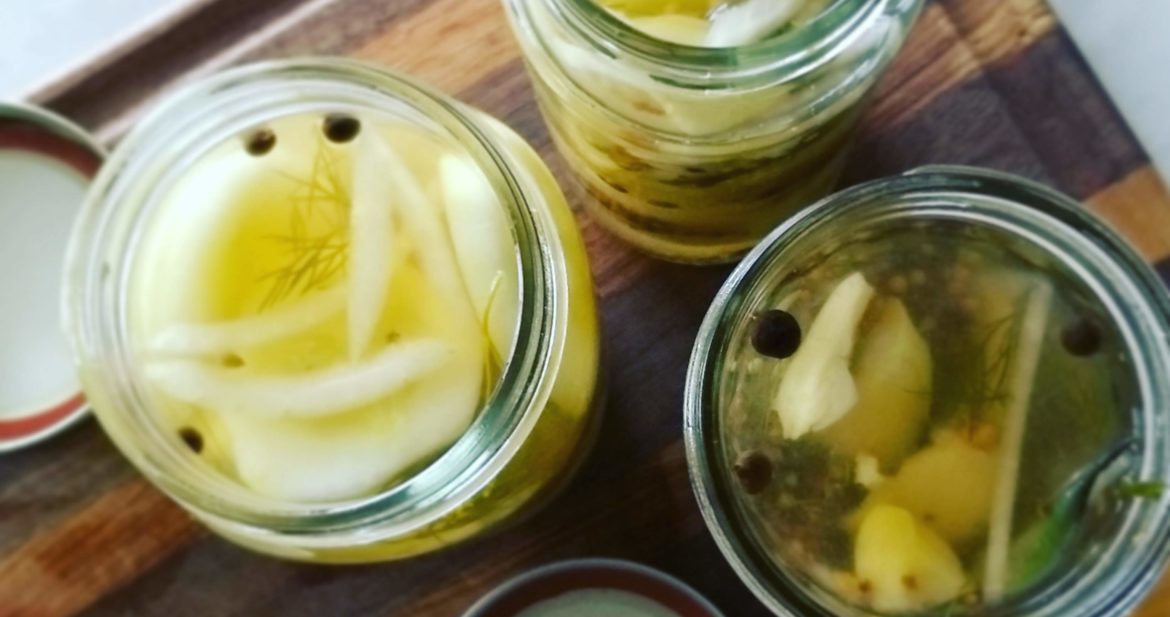 Quick Homemade Pickles – who doesn’t love ’em!?!? I’ve been a pickle fan since as long as I can remember. These are modeled after a recipe from my friend Carrie, who made her version from Martha Stewart. The best tip from the original recipe, which helps to keep the pickles extra crunchy, is to toss the cucumbers with the salt and let them drain for an hour. You could skip this step, but I wouldn’t.

2 lbs cucumbers (I used cucumber’s straight from the garden)

Cut the cucumber into thick round slices or long spears. (I peeled my cucumbers because the skin was really tough.) Toss the cucumbers with the salt in a colander set over a bowl to catch the drippings. Set this in the refrigerator for 1 hour.

Bring the water, vinegar, pickling spice, garlic and onion to a boil. Reduce heat and simmer for 4 minutes. Add in the cucumber and fresh dill, toss and let cool.

Transfer pickles to glass jars, to with the bring and refrigerate for a week. Pickles will keep for 3 weeks after that.