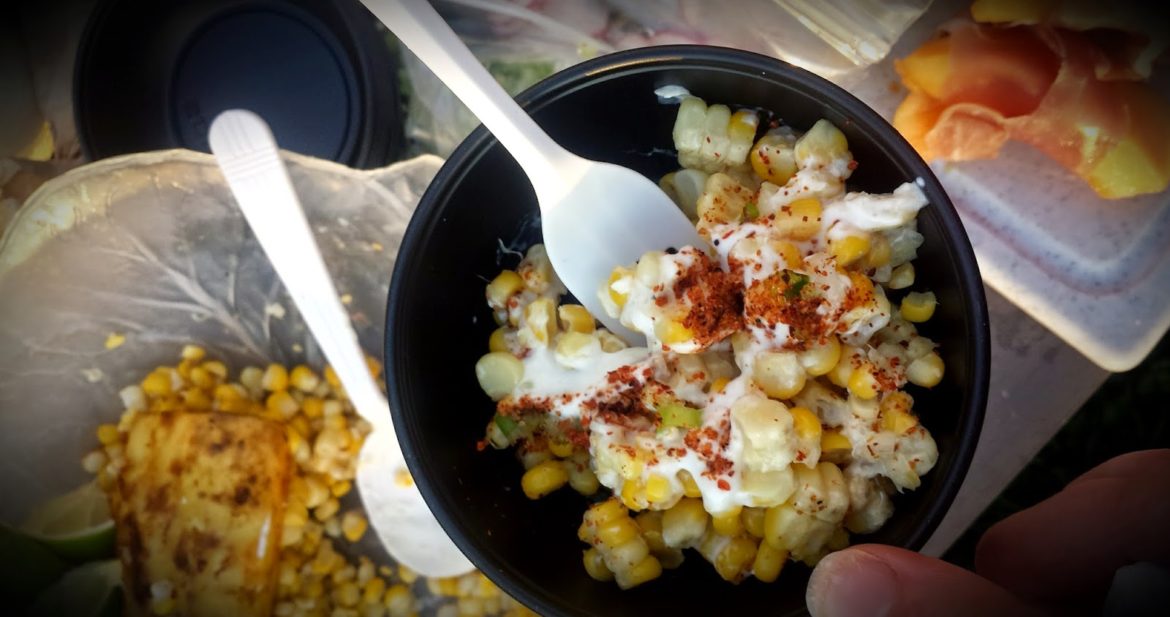 Elote is a popular Mexican street food in which a grilled corn on the cob is slathered with a crema-mayonnaise mixture. Yup, delicious, but not so easy on the stomach, digestion or the hips.

Using an easy substitute of Greek yogurt brings this street food home for me (read: makes it something I can eat!) I also cut the kernels from the cob and served them in a cup. No floss needed.

There is a version of this same idea, called esquites, but since I didn’t saute the cut corn in butter it doesn’t quite count. So I’m calling this simply elote in a cup.

Perhaps the name should be just Yummo!
Happy Eating,
~Monique

Healthy Elote in a Cup

Grill corn and cut from the cob. Do this in a big bowl rather than on a cutting board – it keeps more of the corn in the bowl and less all over your counter.

Stir together the yogurt, juice of 1 lime, cumin and the chili powder.
Assemble:

Note: if you don’t have the tajin, you can fake it with salt, chili powder and lime but it’s worth buying a bottle!