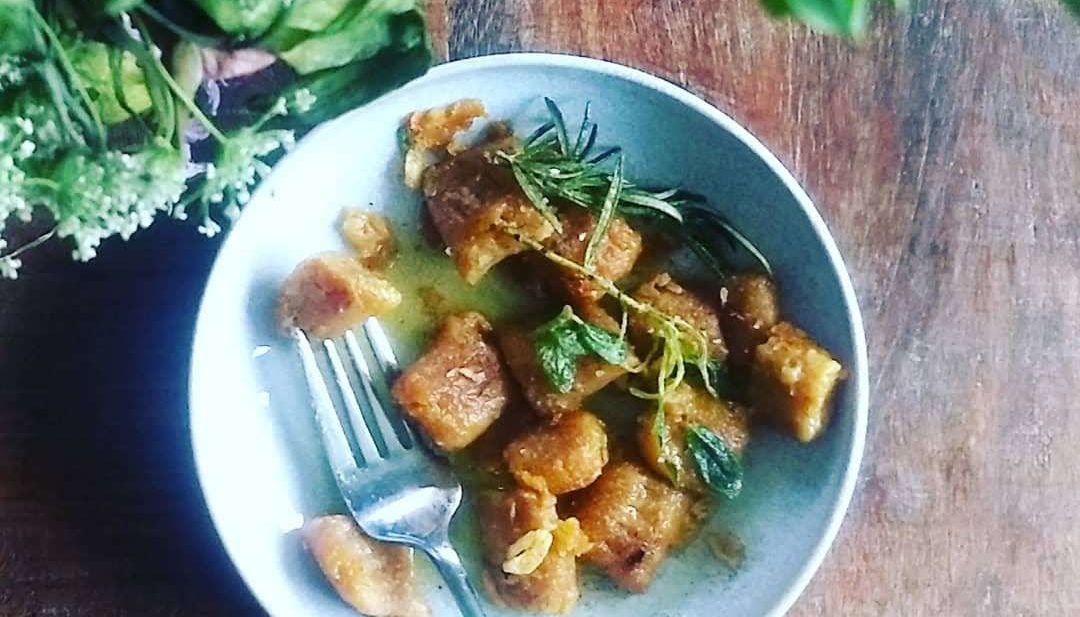 Roasted pumpkin mixed with spelt flour creates a simple, fluffy gnocchi. Spelt flour isn’t gluten free, but it’s considered easier to digest than other glutenous flours. If you don’t have a confirmed gluten allergy or celiac disease but still struggle with wheat, it might be worth trying.

Just 2 ingredients, pumpkin and spelt flour (I’m not counting the salt cuz I’m pretty sure this is in your pantry already). This gnocchi isn’t going to trick classic gnocchi eaters, but it comes together quick, it’s pretty delicious and it’s egg free. I tossed it in a little browned butter with sauteed garlic in it, but basic olive oil works well or try my cashew bechamel sauce.
Happy Eating,
~Monique

Mix and knead together the pumpkin, spelt flour and salt until a dough forms. Add a little more flour as needed to get a dough formed that holds together.

Divide the dough into 4 balls so they are easier to control. Roll each ball into a rope about 1.5 inches thick on a lightly floured surface. Cut each rope into 1″ sections. Lightly roll each section under the tines of a fork (this puts a little texture in the gnocchi to hold sauce better.)

Bring a large pot of water to a boil while mixing the dough. Add a good teaspoon of salt. Carefully drop the gnocchi in to the water, give it a stir to ensure gnocchi’s aren’t stuck to the bottom of the pan. The gnocchi will float when ready, just 2-3 minutes is enough. Drain and toss with olive oil, salt and pepper or preferred sauce.

Note: Canned pumpkin puree is a looser consistency than roasted pumpkin so you’ll likely need to add at least 2 more tablespoons of flour to create the dough. 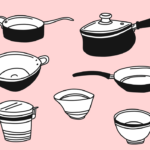 I receive a lot of questions about my ...